The Bulkley River Lodge is on a remote section of one of the best Steelhead rivers on the planet located within the traditional Wet'suwet'en Territory. River-front access and no neighbors are great assets for a fishing lodge.

The Bulkley River has one of the largest, if not the largest wild Steelhead runs in the world. The river is blessed with over ninety miles of classic fly water.

Steelhead from 5 to 30 pounds... These wild fish are well known for attacking surface presentations throughout the season.

Primetime for Steelhead is late August to the middle of November 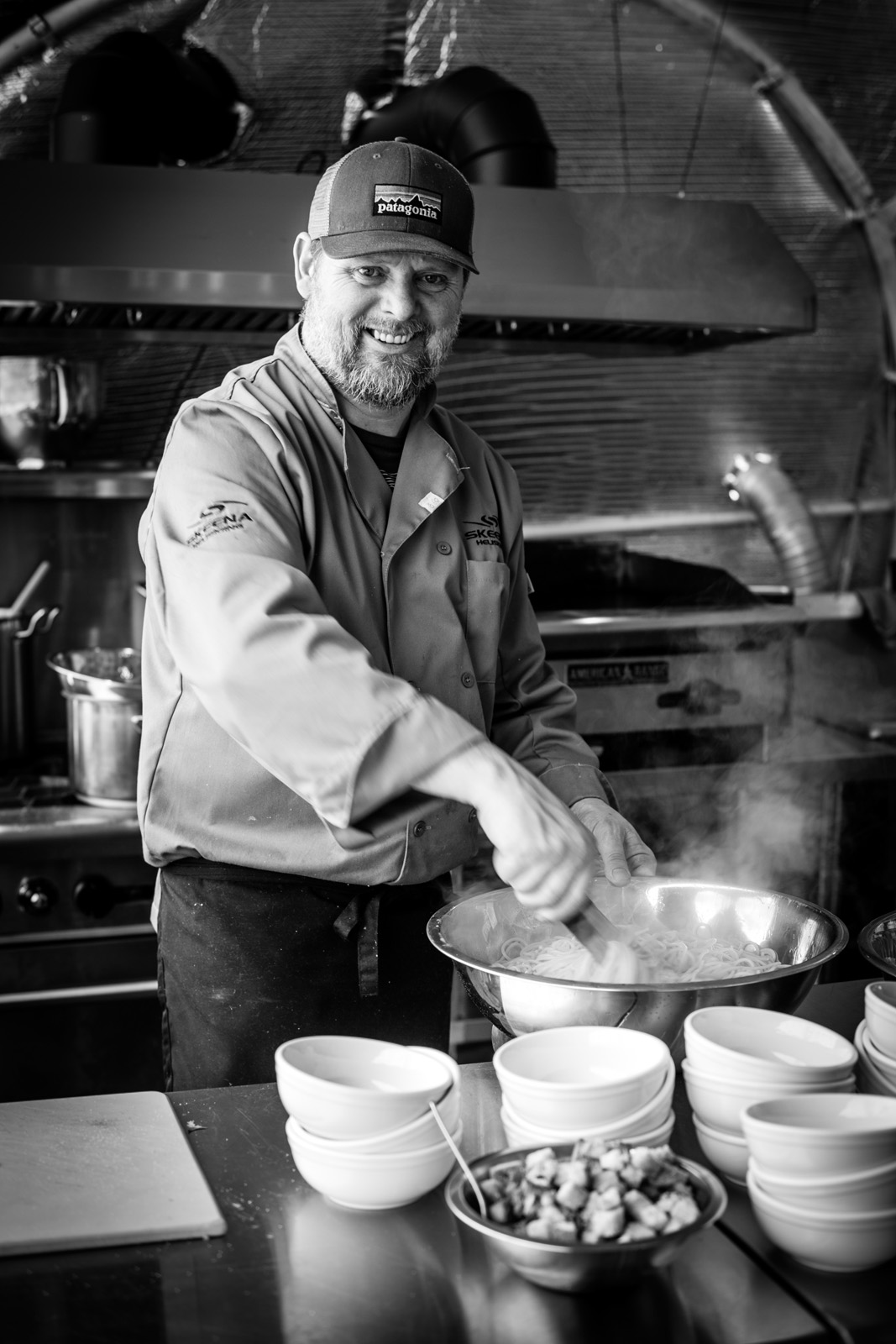 I started cooking in Whistler at Araxi's restaurant in 1986. I did this so I could work in the evening and Ski during the day. Also to get a couple of free meals. By the end of that winter I had established myself as a solid line cook.

The following winter I moved quickly through the ranks and started to fall in love with the chef lifestyle. Between 1987 and 2000 I worked at Araxi's, the Val D'isere and the Brewhouse. It was at the Val D'isere that I started my apprenticeship. I learned the French techniques for sauce making, and how to cook meat and fish properly. It was around this time that I discovered another passion... Fly fishing! I quickly got into guiding, and I never looked back.

In 1994 I started guiding with Whitey for Frontier Farwest. I have been with Whitey ever since. I also co-owned a guiding operation in Whistler. Fish guiding and cooking, as I quickly found out, is a match made in heaven. In 1999 I started cooking at Dolphins North in the summer. The skills I learned at high end restaurants, and the people skills I learned from guiding really helped me establish a solid foundation for both guiding and cooking. I have since gone on to cook at the best heli-skiing and fishing lodges in BC.

Currently, in my opinion, I work at the two most unique Heli-skiing and fishing lodges out there: Bulkley River Lodge and Skeena Heli-skiing. I have always said, don't do jobs you don't love. If you love your job, that love and pride will show in the product you produce. And believe me, I love my jobs.

Thanks for signing up!